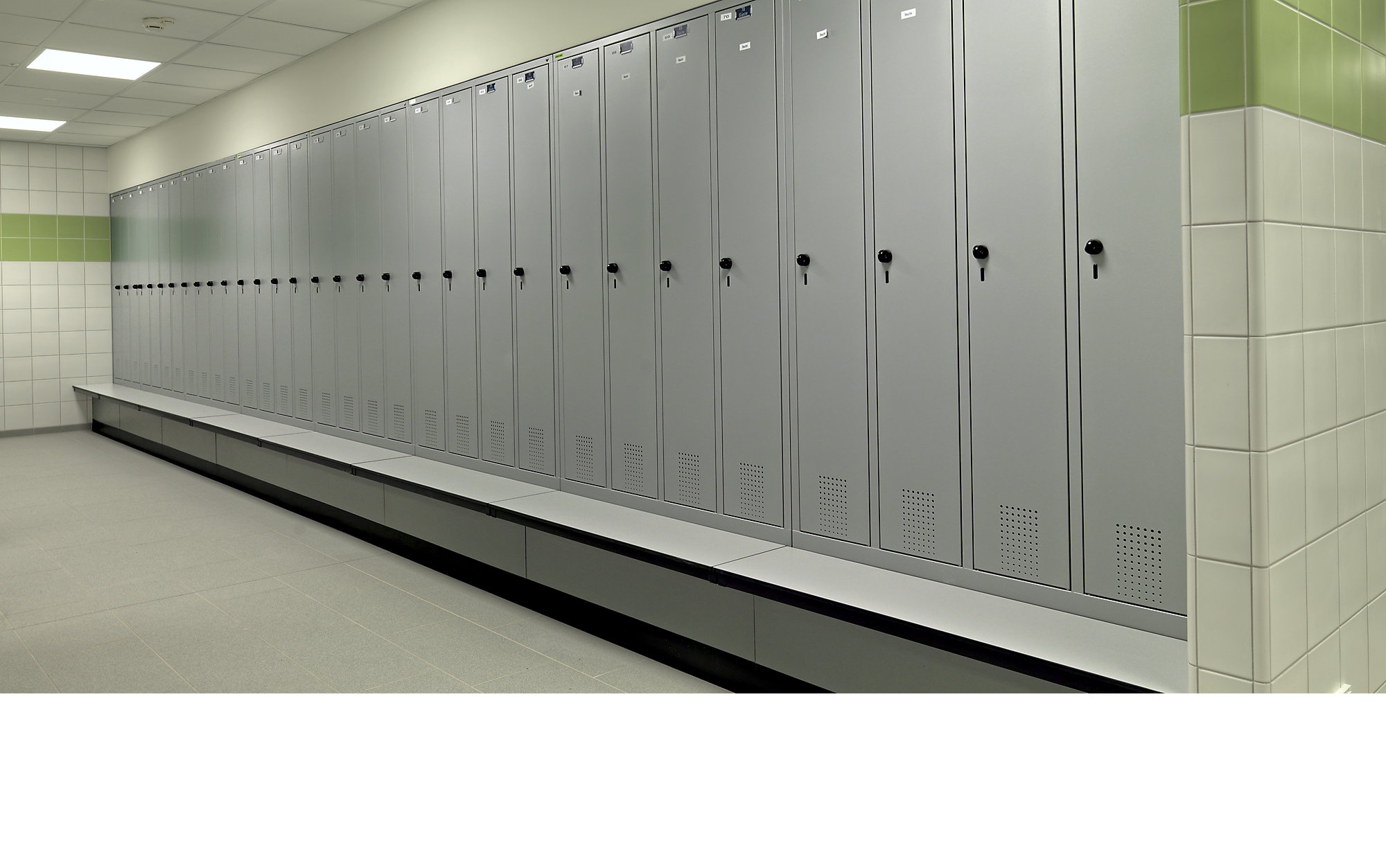 When constructing its new production plant, Zott placed its trust in KAISER+KRAFT when planning and choosing products: workshops, refrigeration cells and cold storage units were newly configured and new leisure rooms were designed.

Zott is a dairy giant with headquarters in the Bavarian village of Mertingen, a town with 4,000 inhabitants pretty much half way between Munich and Nuremberg. This family company can look back on a 90-year company history, and is now being managed by the third generation of the family. With turnover of around €900 million, and around 2,150 employees, Zott is one of the leading dairies in Europe. The “Gourmet Dairy” produces yoghurts, dessert and cheese specialities at several production sites in Germany and Poland, and sells its dairy products in more than 75 countries. The best known brands in Germany include Monte, Zott full cream yoghurt and Zottarella.

Zott entered the baked goods industry in 2014 by launching “Monte Snack”, which made it necessary to build an additional production plant at company headquarters. The plan was to start operations at the new production factory in spring 2017, with around 60 employees starting work at the new workplace. However, there were still no interior fittings.

Rudolf Fischer (Indirect Purchasing, Zott) therefore went looking for a partner to provide the warehouse and company equipment for the new building – one who would plan and realise the configuration professionally – while also satisfying the strict hygiene requirements that apply in the foodstuffs industry. This is why Zott got in touch with KAISER+KRAFT at the trade fair for intralogistics solutions, the LogiMAT, in 2015. The cooperation between the two companies focussed on equipment for the workshops, the refrigeration cells and cold storage units, as well as a new design for the leisure room facilities.

Furnishing the leisure rooms and the pitfalls 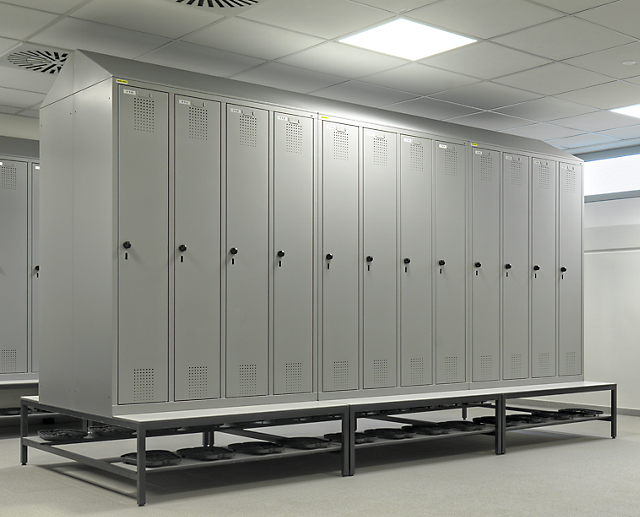 The planning phase for furnishing the leisure rooms started in July 2015. This started with numerous on-site appointments for configuration of the lockers and to come to agreements with the architectural company that had been commissioned, along with the Zott supervisory board; after this, leisure room furnishings for two floors with a total order volume of €240,000 were commissioned in May 2016. Not least due to the fact that KAISER+KRAFT was able to present a better planning concept than its competitors could.

The biggest challenges when working on this project were the extremely strict hygiene requirements and the special requests made by the customer, for example the forced ventilation systems that needed to be implemented for individual locker compartments. Ultimately, manual valves with a standard rating provided a solution inside the lockers. To prevent dust and dirt from escaping, HPL panels (high pressure laminate) were chosen for all the seat benches, and free standing lockers were designed to have a sloping roof. They also prevent the tops of the lockers from being misused as a place to put things. Nor were wall connections and plinths to exhibit any corners and edges.

At a foodstuffs manufacturer like Zott, hygiene-compliant furnishing of leisure rooms means that hygiene locks, and a division of the premises into black areas and white areas, is required. This means that street clothes (black) must be kept strictly separate from clean work clothing (white) – as a result, not only do the routes through the building need to be planned intelligently, but also one black clothing locker, one fresh clothing locker and one equipment locker per employee need to be planned and installed.

One particular highlight of the project was that some of the lockers were used to divide up the rooms and “forced guidance” (which really is the official German term for passage by employees) was designed to guide the employees through the hygiene locks at the same time and in the right order. A force-guided hygiene lock only permits the production facilities to be accessed when the employee has satisfied all the hygiene measures necessary.

Furthermore, “black corridors” were set up. These are strictly separated from the hygienically controlled areas and are only for employees who are not subject to any hygienic rules – along with the company delivering the fresh laundry. And how does an employee get to his or her clean work clothing in the hygienically controlled area – without entering the black corridors? By means of the lockers!

From black to red

But let's start at the beginning. The leisure rooms are divided into different hygiene levels, which are indicated by colour coding. When beginning work, the employees start with black (more or less hygiene level 0) and from there proceed to the green area (hygiene level 1). This is where they shed some of their street clothing and can hang their shoes on a boot drying system, which was, by the way, also sourced from KAISER+KRAFT. 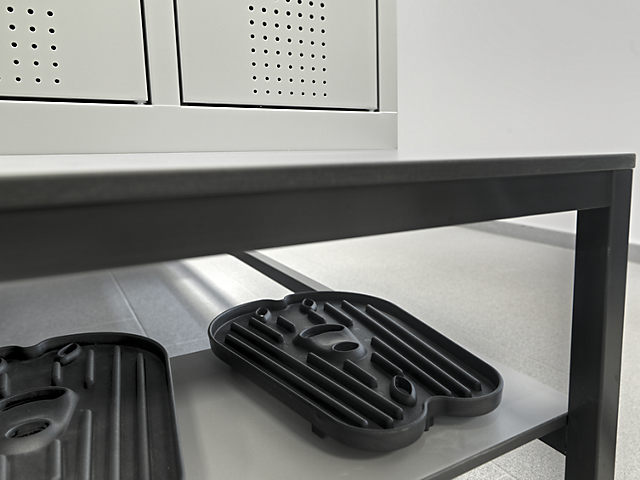 The walls look a bit like the employees have a battery of built-in steel cupboards in front of them. In fact, the lockers feature an opening to the corridor behind the wall: a small door was built into the hat compartment on the rear side of the white clothing locker, through which the employees are given their sterile work clothing every day. The company delivering the fresh laundry therefore does not need to enter the hygienic area, and instead can hand out the work clothing from the black corridor. This is the same principle that KAISER+KRAFT used for the laundry deposit cupboards, by the way. The next areas, which are orange and red, is where the employees put their work clothing on, among other things, and put their personal belongings away. At the end of the work day, things more or less proceed in the opposite direction. The lockers for the leisure rooms were delivered by KAISER+KRAFT in September 2016, and were completed in December – approval was granted in January 2017. 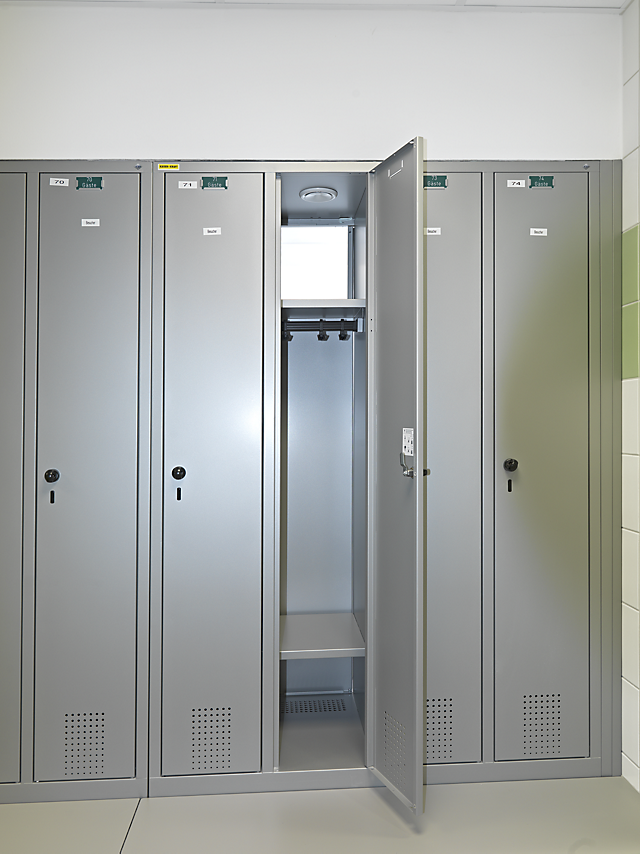 Next step: refrigeration cells and workshop 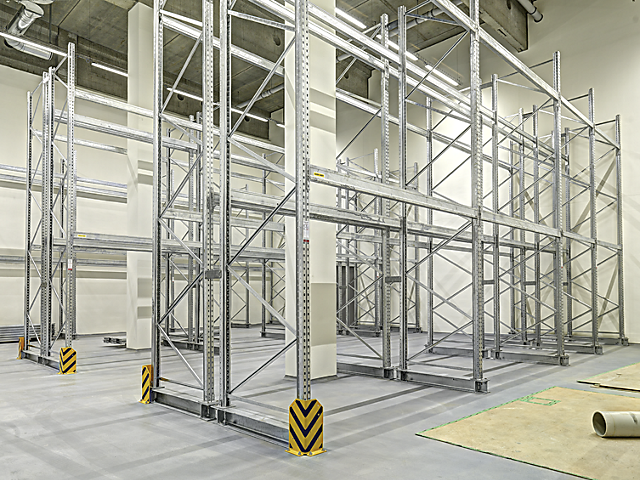 A subsequent order saw KAISER+KRAFT also assume responsibility for all shelving systems for the refrigeration cells and the complete workshop equipment for Zott. The refrigeration cells presented the project team with a completely different set of challenges than the leisure rooms did. In this case, the focus was on the structural design, which KAISER+KRAFT implemented in close cooperation with its shelf examiners in the customer's interests. The solution was, in this case, casting IPE profiles (steel supports with an I-profile) into the floor for load distribution during the construction phase. To ensure the pallet racking was still able to be installed later on, threaded rods needed to be welded in place in advance. The installers needed to work with an accuracy of 2.5 mm for the steel shelving units.

Of course, KAISER+KRAFT also provided the customer with the structural analyses at the same time, along with documentation and the initial acceptance for the system. All heavy duty shelving units were supplied as hot dip galvanised models. The workshops and the related two-level shelving system were also delivered and completed in April 2017.

The conclusion which the project manager, Béla Bezold from KAISER+KRAFT, arrived at: “The strict hygiene regulations that apply at a foodstuff manufacturer like Zott allow no compromises. And run-of-the-mill products often aren't suitable either. Detailed work and catering to specific requirements exactly made for an interesting and challenging task in this project.”

Return to the project page

If you are in the process of planning a project, then please do not hesitate to contact us. Our experts are always happy to advise and support you further.